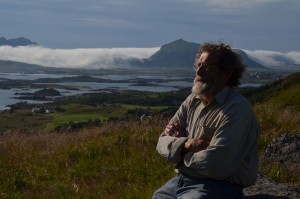 Brian Dean met Roj Friberg at an art gallery in Lidköping more than half a century ago. A lasting friendship was struck. This friendship took them to the Lofoten Islands in 1967, a place where Friberg spent most of his summers. Dixie was hoping to film the extraordinary sight of a million puffins taking to flight on their annual migration South – a sight never recorded on film before. The skipper of the boat taking them out to Vedoy, the remote rock of an island that was the puffins’ nesting ground, stunned them with the news that the puffins had already left, two days earlier. For many years after, Brian and Friberg talked of trying again. And they did go back to Lofoten eventually, nearly fifty years later.

But it was a different film Brian was to make. ’ROY FRIBERG – A SINGULAR VISION’ is it. 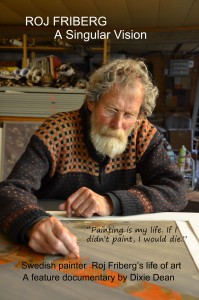