Hear Robin Dahlqvist, student at HDK Steneby Metal Art, talk about his project ”Baffled Summer Edition” that was made possible through Mötesplats Steneby’s Idépeng. If you are a student, alumni or employee at Steneby with an idea – perhaps you should apply in the next round of Idépeng – open now.

Baffled Summer Edition
During the spring of 2014 I had a project with a class in Strömkullegymnasiet. It was part of a course in participation. My goal was to meet a younger group of people in the municipality. I wanted to hear their stories and experiences of living in a smaller town. I learned that art and culture directed towards teenagers was absent or non-existent. I wanted to show them the act of doing for doings sake and taking things into own hands. We worked once a week in a house in central Bengtsfors. The house which has been under renovation for some time now, gave us the chance to do whatever came to mind. We worked with wormholes, creating a place where time and space bends and putting us in a position of observing the future and past, yet being in the moment and not questioning what the outcome may be.
As a continuation of this project I wanted to offer them a chance to partake in a similar project during the summer. Since many of them had a hard time finding jobs and working with art projects isn’t seen as something you would earn money from; I wanted to make a statement that working with art is as much of an important job with a community as any other. I therefor wanted to pay the participants.
We worked for two weeks during the summer approximately seven hours per day. The setup was to work in the facilities of Sensus in Bengtsfors and have an exhibition at the end of the project. To get started I collected some material and we went out finding material together as well. I’ve found mirrors interesting and wanted to see where a collective work with mirrors could take us.
We worked a lot with breaking light and images through mirrors; we built a kaleidoscope, drew, sew and broke mirrors. We worked outdoors and finally we worked with building up the exhibition. It was a really fun project and we had two great weeks together. I hope to inspire others to go forward with their own ideas and projects. And by applying for the Mötesplats Stenebys Idépeng it was possible for me to do this project. An art project isn’t something that you are sure of how it will go and what the turn out will be before you’ve started and given it a shot. And I think that’s the good thing with the Idépeng, you only need an idea, not a finished product. 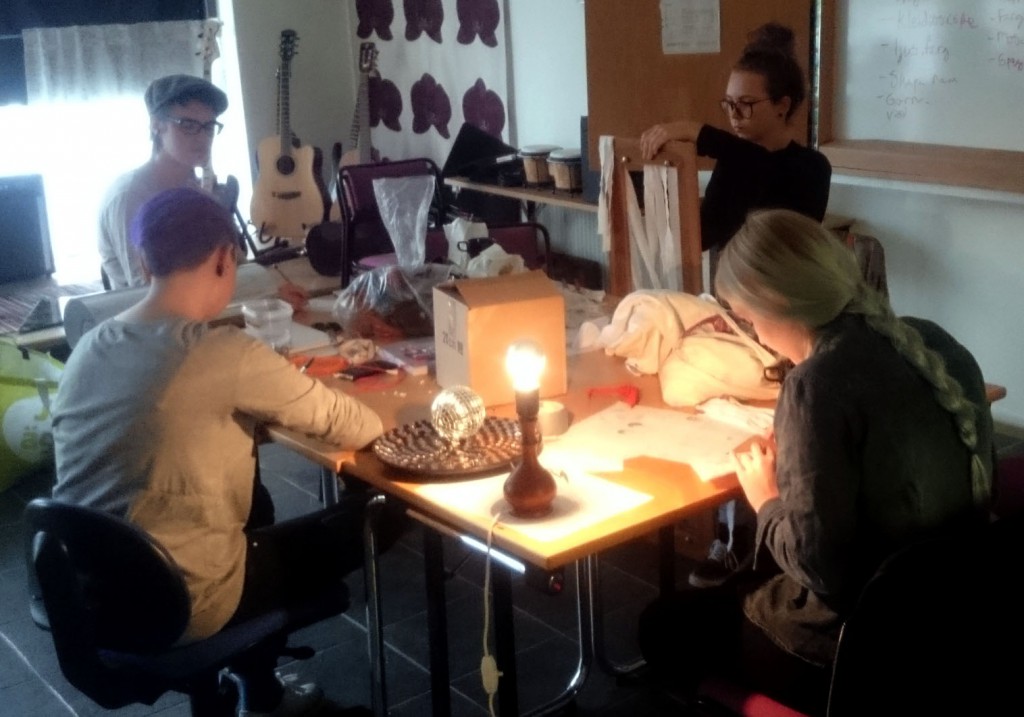 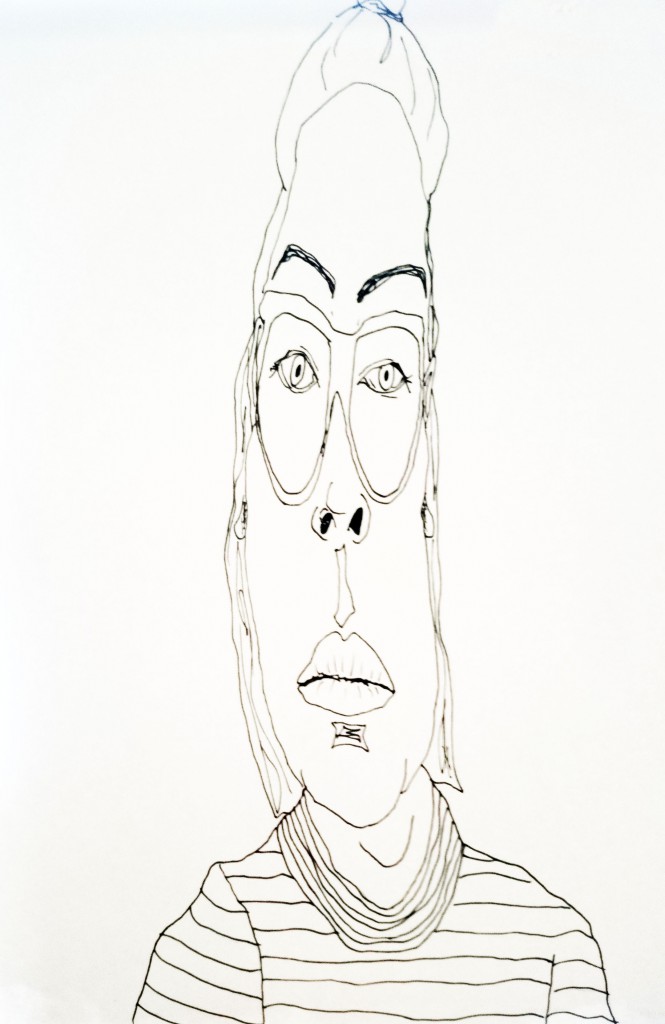 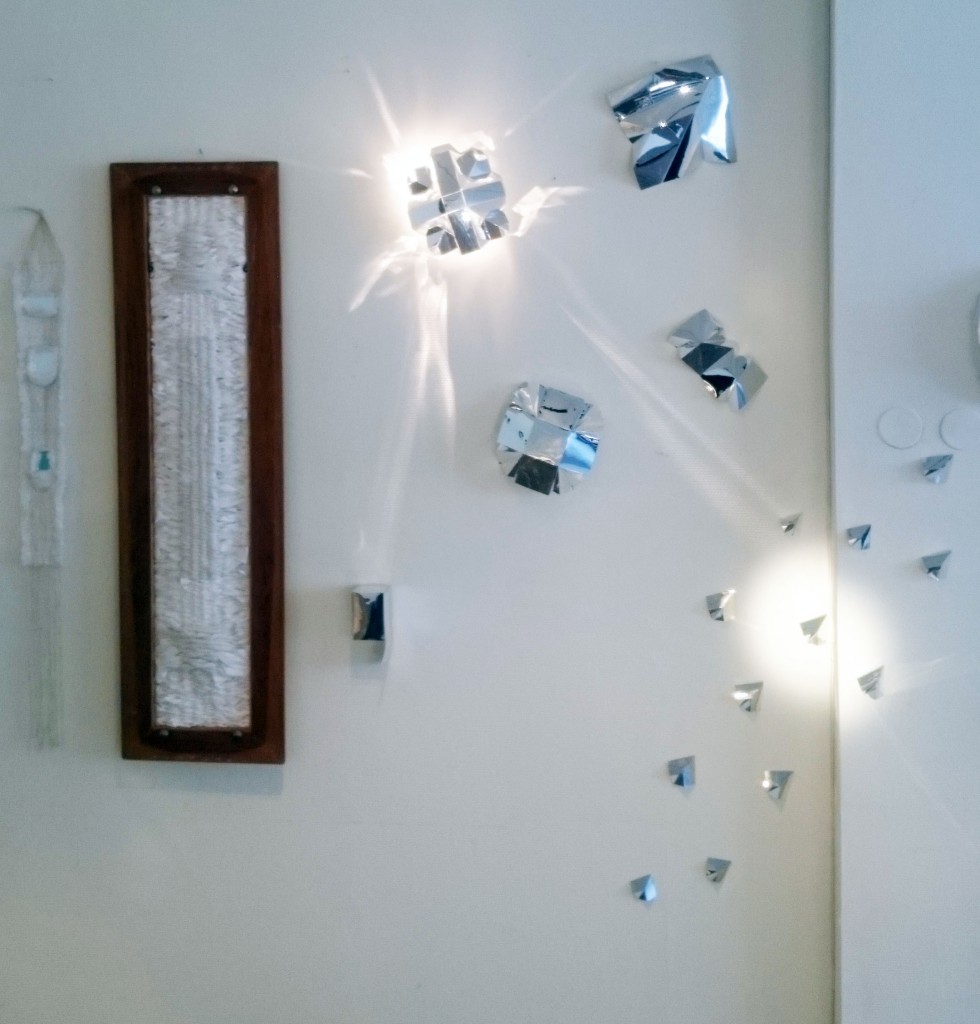 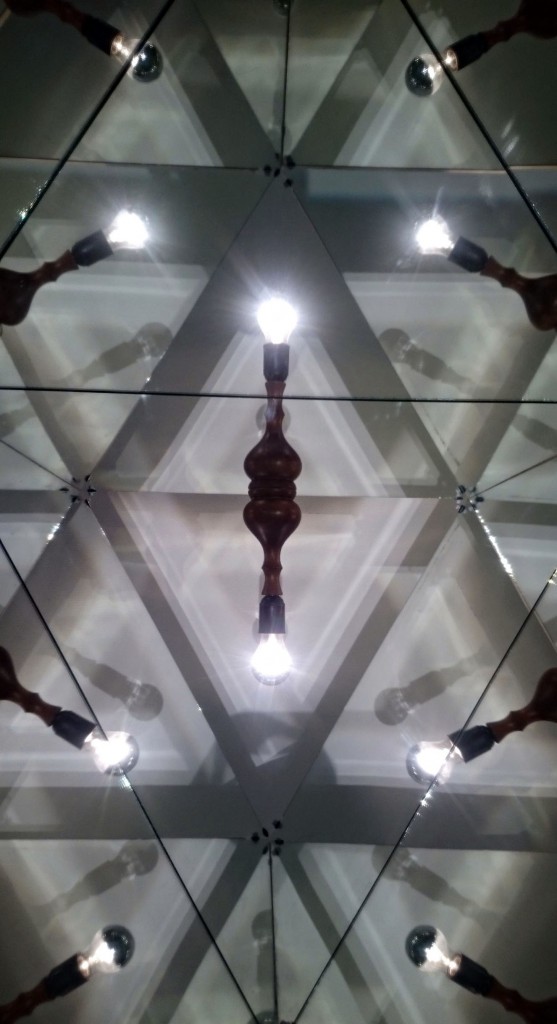 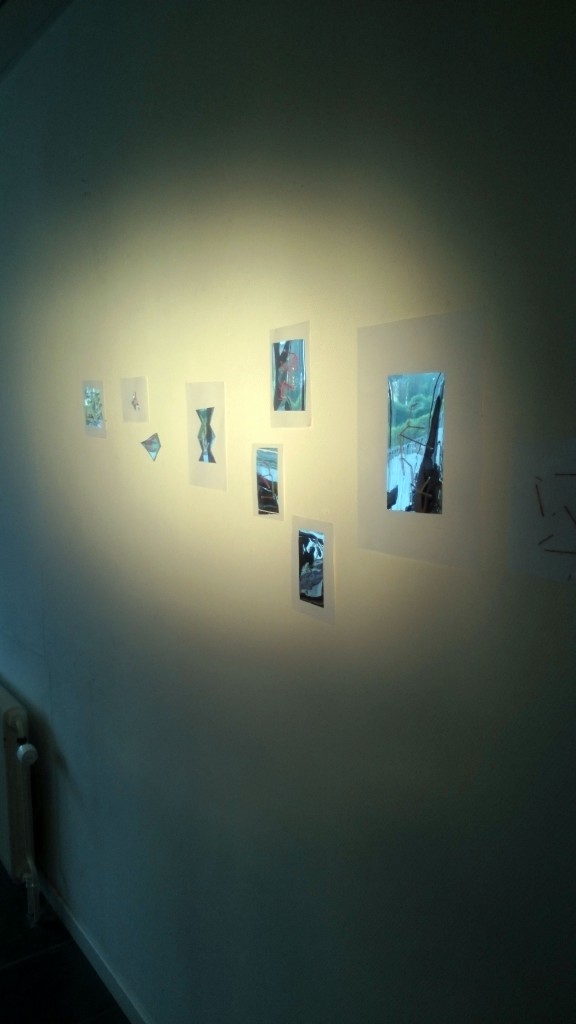